Ingrown toenails: The lessons and the patients 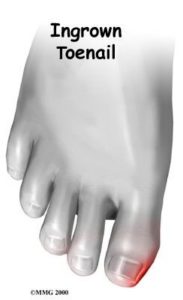 We’ve been seeing a lot of patients with ingrown toenails lately. From kids to adults alike – we’ve even quickly removed ingrown toenails from kids at 6 months old. That’s right – your nails don’t discriminate against age. We thought we’d highlight 3 recent cases because we find that a lot of people (definitely not all) tend to fall into these categories.

As the title may suggest, this was a classic kiwi male. Hard worker, on his feet all day, works in both steel capped boots and gumboots. He first noticed his ingrown toenail developing a few months ago. Yes, that’s right – months ago. He felt a bit of pain but shrugged it away, thinking it’ll go away on its own. It didn’t. One side of the nail pierced the surrounding skin. The toe became swollen. In the following month, it developed a minor infection. Because of the swelling, the other nail edge started growing into the skin too. It bled. It was irritated when he wore shoes and at work. But being a trooper, he persevered. Until 2.5 months after he first noticed a little bit of pain, he came in to see us.

She came in to see us approximately two weeks after her pain began in her big toe. She tried cutting it and controlling it herself, but to no avail. The toe was red, swollen and has a small amount of yellow exudate as it had developed a minor infection. She wears pointy shoes to work and continued to do so for the last two weeks – but when she’d sit down at her desk she would take them off to get some relief for her toe. She also took lots of painkillers. The trigger for her to come in to see us was because the pain got so uncomfortable that even a sheet on her toe at night started causing her pain.

This 11-year-old superstar came in with his mum because his toe was red, swollen and very painful. So much so that he couldn’t kick the ball anymore without yelling out in pain. The pain had started 7-10 days ago he guessed. He also doesn’t cut his nails – he ‘picks’ them.

If you can relate to any of these people, don’t worry. You are most definitely not alone. There are a few takeaway points here:

We’re happy to say that for all of these particular cases and the many others like them, we were able to safely remove the offending nail edge and get everyone pain-free and back on their feet. For some, we did this conservatively and without anaesthetic, and for others, we performed a minor ingrown toenail surgery where we also applied a chemical to permanently stop the side of the nail from growing back.

If you’re suffering from ingrown toenails, come in and see our expert team at Perform Podiatry! Proudly providing expert care to Remuera and the surrounds. Give us a call on 09 523 2333 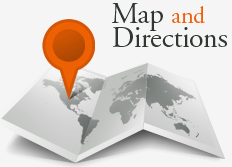